Whether you participate a group every year, or this is your first time ever, EVERYONE is welcome! We believe that being part of a connect group is SO MUCH MORE than attending a meeting. It is an opportunity to KNOW, LOVE, and SERVE. Adult Connect Groups provide a way to live UNITED and to pray for each other. It is a group to do life with, ask the hard questions, and SHARPEN OUR FAITH. It is worth the investment! Scroll below to learn more about current Adult group offerings happening at Faith United.

New groups always forming! Listed below are the current Adult Groups offerings. For more information or to register for a group, complete the Adult Group Form or contact the group facilitator or Kathy Schmucker, Director of Spiritual Formation, at 330-224-6138 or kschmucker@faithumchurch.org. Adult Groups continue to be added. If you don’t see what you are looking for, contact Kathy Schmucker. Maybe you have an idea for a new group!

Adult Groups continue to be added. If you don’t see what you are looking for, contact Kathy Schmucker. Maybe you have an idea for a new group!

Complete this form to register or to learn more about any of Faith United’s Groups and Programs.
Adult Group Form

Visio Divina, Latin for “divine seeing,” is a method of meditation, reflection, and prayer through a process of intentional seeing. Engage in exploring the art featured in the I’ve Been Meaning to Ask summer worship series as we blend visual meditation with group discussion, insight from the artists, and bible study. Participate in one or all of the sessions. A monthly virtual gathering! Grab your coffee and donuts (or whatever morning treats you prefer) and join us for conversation and fellowship via Zoom on Sunday mornings! I’m Still Here: Black Dignity in a World Made for Whiteness

Wednesdays at 6:30 pm via Zoom beginning May 5

From a leading voice on racial justice, an eye-opening account of growing up Black, Christian, and female that exposes how white America's love affair with "diversity" so often falls short of its ideals. Austin Channing Brown's first encounter with a racialized America came at age seven, when she discovered her parents named her Austin to deceive future employers into thinking she was a white man. Growing up in majority-white schools and churches, Austin writes, "I had to learn what it means to love blackness," a journey that led to a lifetime spent navigating America's racial divide as a writer, speaker, and expert helping organizations practice genuine inclusion. In a time when nearly every institution (schools, churches, universities, businesses) claims to value diversity in its mission statement, Austin writes in breathtaking detail about her journey to self-worth and the pitfalls that kill our attempts at racial justice. Her stories bear witness to the complexity of America's social fabric--from Black Cleveland neighborhoods to private schools in the middle-class suburbs, from prison walls to the boardrooms at majority-white organizations. I'm Still Here is an illuminating look at how white, middle-class, Evangelicalism has participated in an era of rising racial hostility, inviting the reader to confront apathy, recognize God's ongoing work in the world, and discover how blackness--if we let it--can save us all. Check back soon for the next event. The Love Your Neighbor Walk is a five week study by email designed to create dedicated time and space to delve into scripture and connect God's word to our social justice habits, particularly those dealing with issues of race, power, and leadership. The Love Your Neighbor Walk provides opportunities to reflect on scripture and prayer then select from a variety of activities such as reading an article, listening to a podcast or music or watching a video. For more information contact a member of the organizing team: Pam Gable, Pastor Jake jheskett@faithumchurch.org, Mike Howard, Teresa Purses, Kim Reynolds, Kathy Schmucker kschmucker@faithumchurch.org, or Tom Strauch.

Two Saturday’s per month at 8:00 am at Beyesly’s Restaurant

Join us for discussion as we explore what it means to establish and maintain the pace of one's faith journey until it's time to graduate from this life to the next. Regardless of your age or beginning point, exploring maintaining the pace of one’s faith journey helps us to discover spiritual growth along life’s journey, serve Christ with enthusiasm, and find encouragement and inspiration alongside life’s challenges. 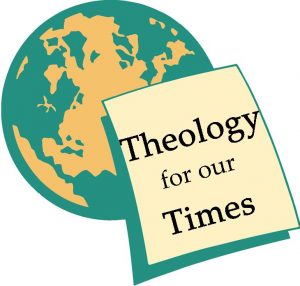 Theology for the Times

Theology for the Times"...with the Bible in one hand and the newspaper in the other." This is how a 20th century theologian calls for followers of Jesus to discern and empower faithful living. Join this effort by engaging in a 'Theology for our Times' conversation to inform faithful living. 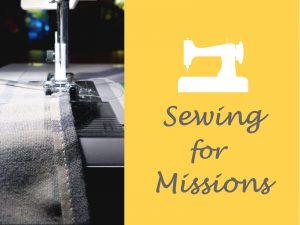 Join us this Fall!

God has called us to use our sewing abilities to help many people and be a bright spot in someone's dark day. Join us on Wednesday nights to help sew the various projects we complete. We are always looking for ways that God is calling us to bless people through our sewing.

On September 30, 2021 at 7 pm plan to join us to discuss Sunflower Sisters 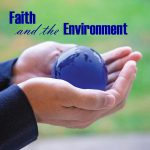 Faith and the Environment

Faith and the Environment” Ministry here at Faith United is an expression of our congregations' need to put into action the gratitude we feel for this magnificent earth. The divine nature of our Creator bestows on all that is created as a sacred legacy. Collectively we commit ourselves to the task of under-standing and preserving this legacy.

"People of Faith caring for our World" 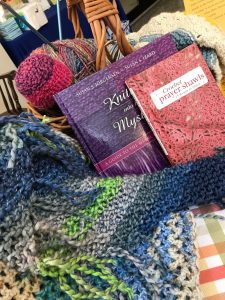 Thursdays at 1:00pm in the Parlor at Faith United

Prayer Shawls are the most heartfelt of gifts. They wrap, enfold, comfort, mother, hug, cover, shelter, beautify and give solace to our recipients. Our knitters and crocheters laugh, cry, love, and pray over the shawls while we make them. The official Prayer Shawl Ministry meeting is from 1-3 on the first Thursday of the month. Because we have so much fun, we meet the other three Thursdays to knit, crochet, and have fellowship. Please join us. We provide the hooks, needles, patterns and yarn. The Prayer Shawl Group will be meeting outdoors at the church and will be limited to 10 people. Join us this fall! Facilitators: Sue Bell and Sue Schillings

Check back soon for updates

Various speakers and programs are held on the second Tuesday of the month.

The United Methodist Women is a community of women whose purpose is to know God and to experience freedom as whole persons through Jesus Christ: to develop a creative, supportive fellowship; and to expand concepts of mission through participation in the global ministries of the church. Circle of Faith, Circle of Love and Lydia Circle welcome new members! The Minor Prophets are often overlooked. However, one commentator says this, “One theme that unifies the 12 prophets is Israel’s relationship with God. What does God demand of humans? How do historical events signify God’s word? These are questions that appear throughout Biblical prophecy. But nowhere in the Bible does a single book present as wide a variety of views on these subjects as does the collection of the Twelve Minor prophets. Even in a single time period, there is a remarkable diversity of views.” The Bible will be our primary text and we will use commentaries and online references to help us gain insight into these books.

Faith United offers a wide variety of music groups for all ages to use their gifts and passion for vocal or instrumental music in worship.

This is a fellowship group for anyone over the age of 50 who is single. The purpose of the group is to give singles the opportunity to enjoy meals out, movies, concerts, plays, etc., with others who have similar interests. We do not meet on any set day or at any set time. We take advantage of activities as the opportunity arises. Some things we have done in the past are Canton Symphony Orchestra concerts, Players Guild of Canton productions, VOCI concerts, Academy Award nominated movies at the Palace Theater, Concerts at Blossom Music Center, productions at Porthouse Theater, brunch at Arrowhead, and local high school plays just to name a few. Our members are always open to ideas for activities, and we always welcome new members.

Check back soon for updates

We meet each Tuesday morning from 9-11:30 am. We make flannel baby quilts for the NICU at Aultman hospital and quilts for nursing homes. This is not your mothers quilt group. If you know how to sew a seam or tie a knot we welcome you! 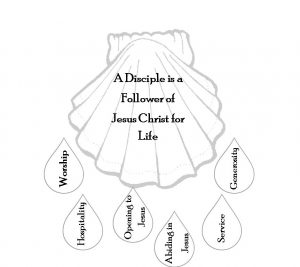 What is the Emmaus Ministry?